Latest news
The KWT advocates a holistic approach to conservation and development which recognizes the interdependencies and relationships that exist between the elements that are essential to human health and well being:  productive and resilient natural ecosystems;   sustainable resource use and a sense of resource ownership;   sustainable monetary income;  access to clean water;  adequate dietary intake;  cultural identity;  education and so on.

Unemployment levels in communities living in the Kalahari is high and loss of access to previous income streams from hunting and craft sales, has increased the level of dependency on welfare programmes.  Subsistence use of natural resources remains valuable to food security, especially in areas where tourism is difficult to implement, but access to the traditionally-used natural resource base is being increasingy compromised by intrusive livestock development and a lack of transfer of sustainable use skillls to younger generations. 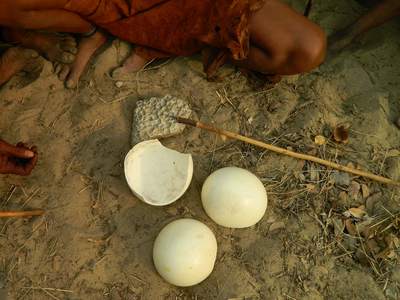 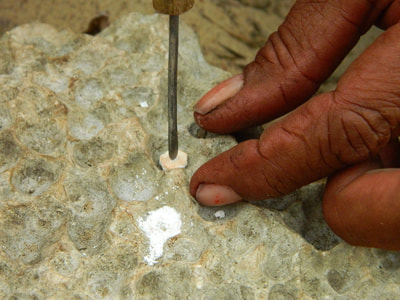 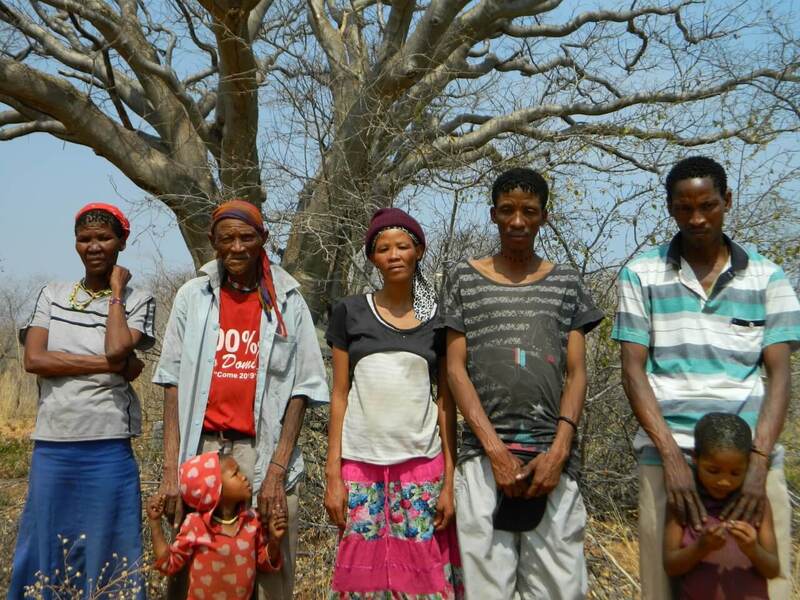 In their capacity as Directors of 'Wild Artefacts,'  the Trustees have for several years been assisting remote Ju/hoansi San (Bushmen) communities in Western Ngamiland, to produce and sell their traditional crafts.  Wild Artefacts currently provides women and men from various communities with beads, thread, ostrich eggshells, leather and other raw materials:  These craft producers are normally either unable to obtain the raw materials they need to manufature crafts (e.g. beads, thread, tools etc), or are not permitted to source them locally, due to  recently enacted bans on the collection of some items from the wild (e.g. Ostrich eggshells).  This has caused them to stop making and selling crafts, which has impacted negatively on their income streams.

Under its "trophy dealers" licence, Wild Artefacts now makes these materials available to the craft producers, who as a result are now once again legally able to manufacture craft items and generate income for themselves.  This in turn is transferring skills to younger members of their community.  By Wild Artefacts purchasing the items directly from where the communities live, the producers now also have access to a consumer market that would otherwise be non-existent due to the remoteness of where they live.

Wild Artefacts aims to increase it’s capacity to engage with more Ju/hoansi craft producers, and also to extend its support to other San communities in Botswana as well as other ethnic groups such as the Herero and Bakgalagadi, who face similar challenges in terms of the licensing requirements and access to materials and consumer markets.

The KWT plans to secure funding support to help develop the capacity of these target communities to engage in craft production and to market and sell their wares to regional and international consumers.  As an initial step, it will help Wild Artefacts in its current collaboration with residents of villages located along major tourist travel routes to develop craft outlets, either as refurbishments to existing shop structures or as new standalone retail outlets.   The daily 'passing trade' along tourist transit routes linking Botswana with neighbouring countries, represents a major loss of potential income stream for local communities due to the absence of any mechanisms and facilities for communities to make, display and sell their crafts. 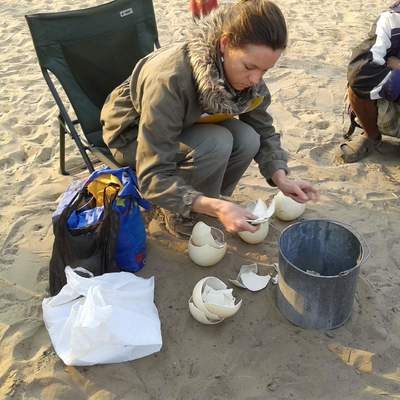 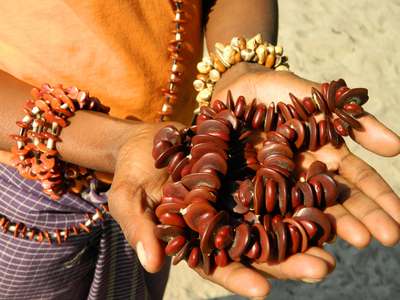 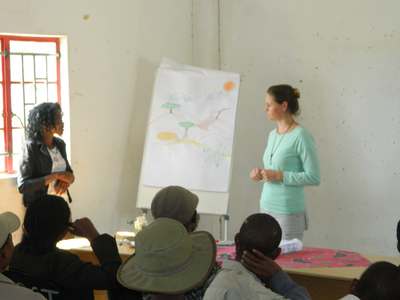 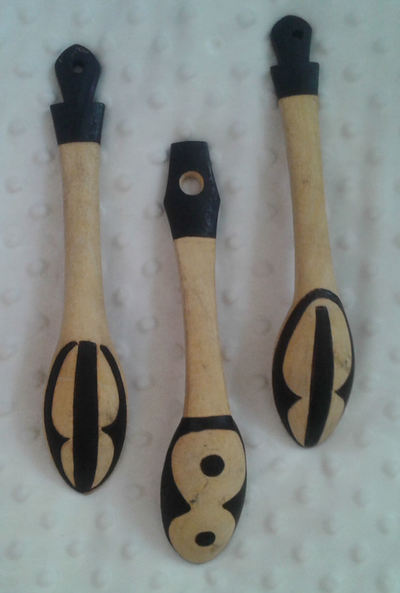 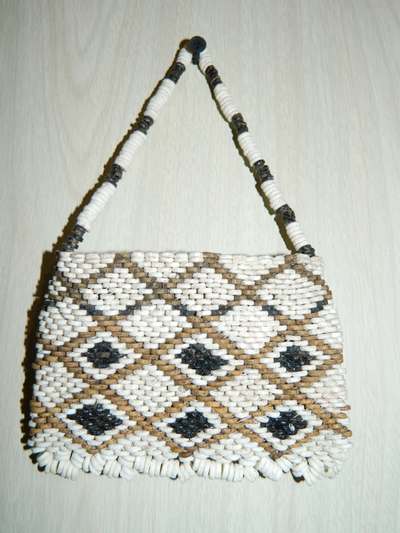 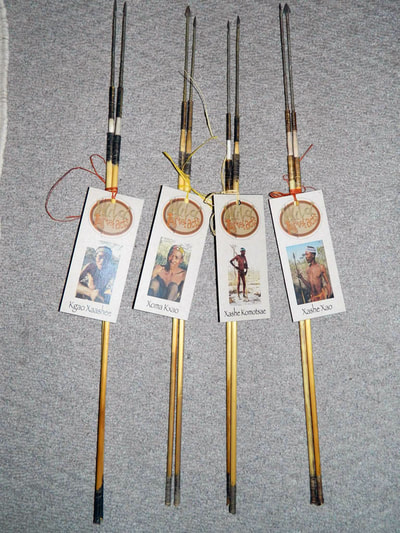 Uncontrolled fires and / or livestock overgrazing can lead to a deterioration in the diversity and productivity of plant food species on which rural people, especially non-farming hunter-gatherers, depend for their livelihood.

In cooperation with the Department of Forestry and Range Resources, we plan to implement experimental early winter rotational burning programmes to mimic the traditional burning practices used historically for habitat management.  By implementing controlled, relatively "cool" early-winter burns, the San and others were able to reduce combustible dry fuel loads without causing damage to sensitive plant meristems.  Fire also assisted in the germination of certain plant species and was also used to facilitate tracking.  The likelihood of large intensive fires developing in the hot, late dry season was avoided in this way.

Vast areas of the Kalahari have been depleted of plant food resources due to fire damage from large fires in the late dry season, when trees and shrubs have already started to produce sensitive leaf and flower buds:   These 'crown fires' inevitably result due to the absence of smaller "cool" fires which help to reduce the accumulation of hazardous dry fuel loads. 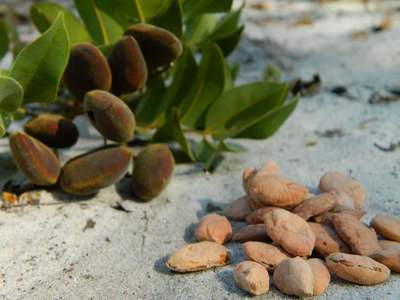 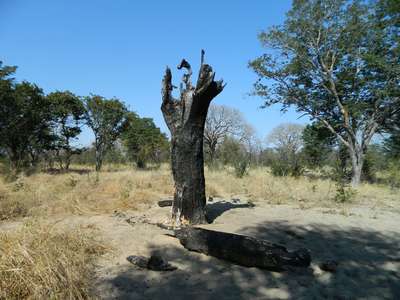 Lack of transport to medical facilities and lack of accommodation and access to adequate nutrition for discharged patients undergoing lengthy periods of treatment and supervision whilst away from home, are some of the major challenges affecting remote communities.

In our personal capacities we have on several occasions in the past facilitated access to medical services and provided post treatment support such as transportation, accommodation, food, medicines and liaison with medical practitioners.  These efforts have been life saving on several occasions.

Eye conditions in particular poses great challenges to communities, especially for those elders who still need their eyesight to do craft work and carry out subsistence activities such as tracking and gathering plants for food and medicinal purposes.   UV-protective glasses, corrective lenses and in some cases cataract surgery, would offer many of these elders a new lease on life. 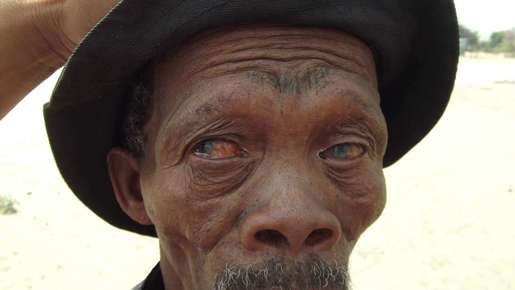 We encourage communities to adopt more humane approaches towards caring for domestic animals such as dogs, and have frequently assisted by providing supplementary food and deworming medication and on occasion adopting animals in distress.  Sterilization is however the only lasting solution to combat the uncontrolled birth rates exacerbating the critical hunger problem facing most of these animals.   Assistance is required to bring in the necessary help and veterinary practioners to do treatments and sterilizations. 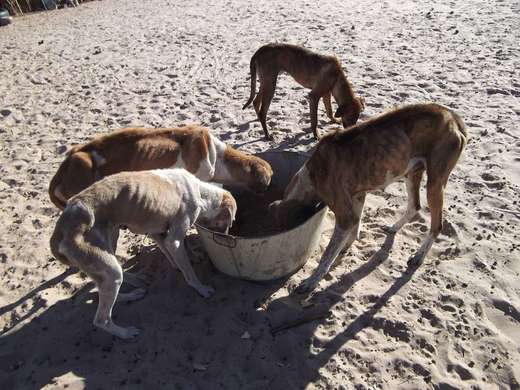